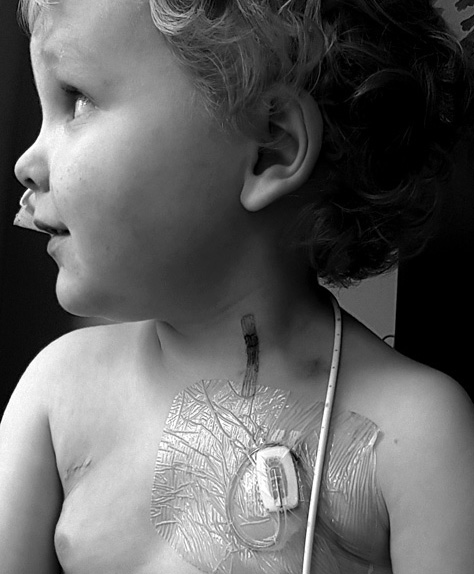 After Christmas, and 5 weeks with Joshua not having a port in his chest, he was scheduled to have a new one put back in at the end of January. Given that it’s been a source of problem (despite it being a core part of the solution) Ben and I did chat about whether he should have one at all.

He only currently needs intravenous treatment once a month. But it is once a month for years. If he gets ill and needs antibiotics, then he will need it for that, too.

The alternative is to put a cannula in his hand. But children have small veins and pudgy hands; they are tricky to insert. Plus it is uncomfortable and there is terrific resistance from the child. He did manage to rip one out once and there was a dramatic blood spurt over the bedsheets…

They are also not very reliable. They fail easily – the medication stops flowing in, if they bend their wrist. I have had a few sleeps in hospital excessively disrupted with the machine beeping “Occlusion! Occlusion!” every five minutes.

When Joshua was in hospital over Christmas 2019, he had 4 different cannulas in a week – in both hands, crook of the arm, feet. Putting in new cannulas at 2am is utterly undesirable. The goal at night is to keep the child asleep, not dramatically wake them up.

In our chat it quickly became obvious that he does need one. 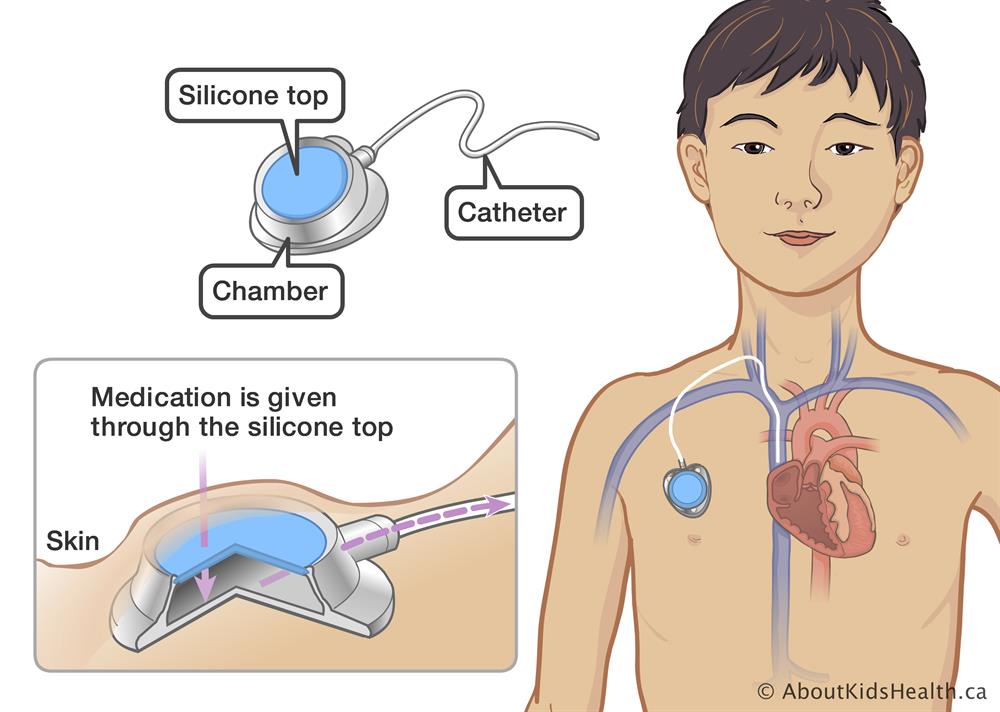 So I took him in for that operation and had the usual pre-operative chat with the surgeon beforehand. I mentioned that Ben remembered when the original one was put in, that Joshua had a small-sized chamber inserted and that maybe it could be a bigger one now?

There was lots of “oh no no no, it would definitely have been the size 6 for his age. Size 8 is for the over 10yrs. Oh no definitely. He would have had the size 6.”

Then his young registrar shuffled in with Joshua’s medical notes, and pointed to the fact that actually, Joshua had a 4.5 which is the neonatal size.

(It wasn’t put in by this surgeon, by the way.)

So now I’m wondering whether a lot of our problems with his port actually stem from the fact that it was quite a small chamber. When the nurses are trying to stab it with the needle several times and missing it (at times he was quite chubby due to the drugs) that this could have been a source of it getting infected.

If this is the case; I’m hoping for better outcomes now, with its future use.

Ben’s colleague Richard was the anaesthetist; it was nice to see a friendly face. Because Joshua doesn’t have a port, they had to prep his hands for a cannula, so they can give him a general anaesthetic. This is just putting some numbing cream on the back of the hands for half an hour in advance, which is then covered up with bandages to stop him ripping it all off.

Joshua is quite a dramatic character and this was not going down well.

He was desperate to rip off the bandages, and so I was holding his hands apart. He was stood on my lap screaming in my face, and then headbutted me hard on the lip.