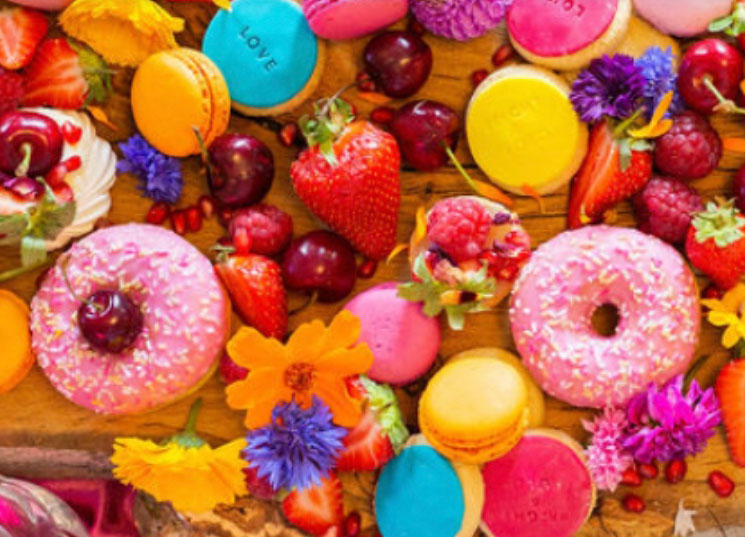 I’ve often muttered to myself in the midst of difficult moments, that looking after a toddler with cancer is essentially parenting on steroids. And then seconds later realised that he is actually on steroids.

The funny thing is, it appears that medics don’t fully understand how they actually work, but they do improve outcomes for cancer patients.

In the first few months of treatment, Joshua was on steroids for 5 weeks. The doctors warned us about the main side effect, which is increased appetite. That doesn’t sound that bad does it? I was listening to the warning, but it’s just words. You don’t understand what that really means, until you are actually living it.

John (our consultant) said: “if Joshua asks for a roast dinner at 2am, just make one. It’s an argument you won’t win”.

I didn’t notice the increase at first, just biscuits at 8am. It ramped up slowly. But then soon the requests for crisps came seconds after breakfast had finished. And then immediately after that bag was licked clean: “can I have a blue bag now please?” I was eventually scowering supermarket shelves checking the calorie content on diet crisps, so I could respond to his wish but reduce the intake.

Weight started piling on. By December, he’d put on a kilo.

We resorted to our daily constitutional; taking him out for a walk in the running buggy just to have an hour in the day where he was away from eating food. His abdomen got so swollen that he couldn’t turn over in bed; I had to go in and ask if he wanted me to roll him over. (When I recall it now, his solemn little face nodding yes, is one of the saddest things.)

It felt like disturbing levels of consumption; self-harm even. As usual, we sought solace in humour, and started calling him Augustus Gloop.

Early December was the toughest period for us. Like a newborn baby, Joshua was waking up at 11pm, 2am, 4am and then 7am. At these times, he was eating a banana, a packet of crisps and maybe other stuff as well. Ben remembers at its peak, going down to the kitchen to make macaroni cheese at 4am.

This became survival. We started out taking it in turns to do the night shifts. But soon it got too long and difficult and we split the night into shifts, handing over at 3am – woken by the screaming. (Pooing and a sore bottom became a problem, but I’ll spare you the details.)

Steroids are also infamous for affecting emotions. We have now just come off a high dose (but for a shorter time frame) and Joshua still has a mercurial mood. Fine one minute and then deafening vulture-screeching over a broken banana. We’re averaging 20 tantrums an hour. The smiles are just starting to appear more than the tears now.

I have recently discovered that he loves cooking and baking. Apparently if he is engaged in handling food, that’s a reasonable substitute for actually eating it.

So, let me just categorically state. I HATE STEROIDS with a fiery passion. It is the drug we have come to dread. I know they are very effective and have a big unsung role to play in cancer care, but my heart sighs when I see the block of treatment in the diary.

Right, now I’m off to bake our daily batch of fairy cakes before the rage starts.