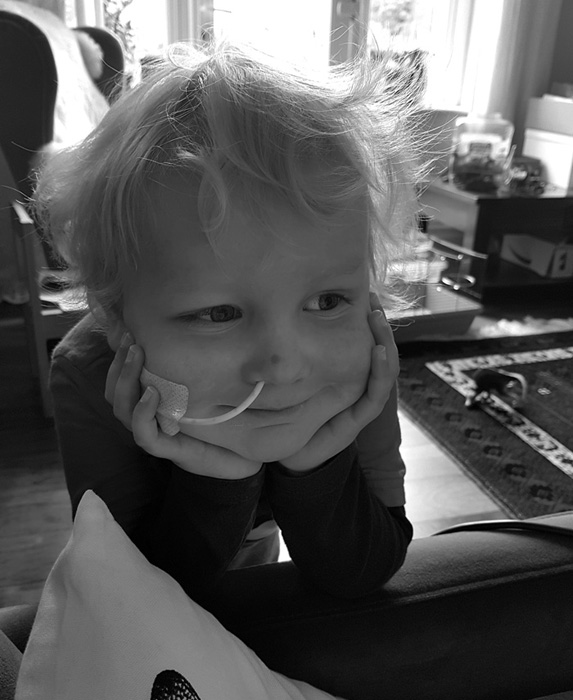 After 20 months, Joshua has finally had his nasal tube taken out.

He has to take all his drugs by mouth everyday and was unreliable in this department; so having the tube was for us to be able to enforce it. Getting him to accept the tube was one of the hardest parts of treatment so I didn’t want it to go unless we never had to put him through that again. Obviously I don’t know the long-term future. But for now, it looks unlikely.

The test was to get through the monthly steroid course. He gets depressed on these, and then prone to rejecting his medication. But we were regularly going for weeks without actually using the tube. So it was starting to feel a bit pointless.

Having it is also a bit annoying. The sticker would need replacing every few weeks. Tears are a constant feature of life with a three-year-old and their demented, unreasonable behaviour.

So the sticker was usually half hanging off or getting mucky. And the fuss made about having a new one was off the charts. Literal screaming and thrashing about just to gently remove a plaster.

We had to see if we could bribe our way through 5 days of steroids. If we could get through that, we could take it out.

It’s amazing… the power of chocolate combined with a bit of parental determination.

The weird bit is, when the moment came he was fighting me over taking it out. I guess it had become a strange part of life and change is unsettling.

It’s nice to see his face again, with no apparatus.

One thought on “Tube is Gone”